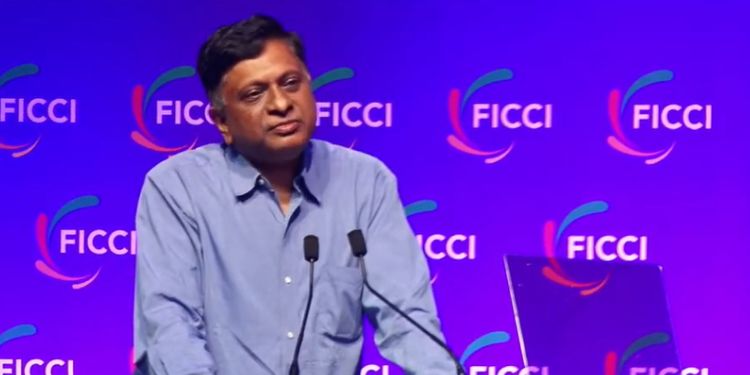 “Animation, visual effects and games are going to be the future of the country”

“Today, the media and entertainment industry in India is worth around $23 billion while the country’s GDP is around $3.6 trillion,” said Apurva Chandra, Secretary, Minister of Information and Broadcasting, Government. from Indiawhile delivering the keynote speech at FICCI Frames Fast Track 2022 in Mumbai on September 27.

Chandra said the way India develops, it will be a $10 trillion economy in the next 10 years.

“The media and entertainment industry should aim to reach over $100 billion by 2030,” he said.

He affirmed that the Ministry of Information and Broadcasting is a facilitator and partner of the M&E industry and will do everything in its power to support the industry and make it as big as possible.

He continued, “During the Covid period, people’s viewing habits have changed somewhat. But, on September 23, 2022, when World Cinema Day was celebrated and ticket prices were reduced to Rs 75, all shows including morning shows in cinemas were sold out. It shows that the need for entertainment is alive and people are willing to go to the theater as long as the prices are right and they can afford it.

Chandra said the industry needs to work with audiences to bring them back to theaters.

Regarding the changes made by the Ministry of I&B in the M&E industry, Chandra said: “The National Film Development Corporation, headquartered in Mumbai, will be the film arm of the I&B ministry. The four film units, namely the former Film Division, the National Film Archive, the Children’s Film Society of India and the Film Festivals Directorate, will be merged into the NFDC. With this, we want to reorganize the film facilitation office. We offered to outsource the operations to Invest India (a national investment promotion and facilitation agency that assists investors in finding investment opportunities and options in India).

This is done with the aim of attracting foreign investment into the M&E industry, he noted.

Chandra added, “The I&B ministry and NFDC are going to partner with Invest India to reach out to foreign filmmakers and foreign countries to come to India to shoot films and collaborate with our country. Today, we have 15 collaboration agreements with 15 countries and would like to expand them.

He continued, “At the Cannes Film Festival, we announced the Audiovisual Co-production Incentive Scheme and the Foreign Film Shooting Incentive Scheme in India. With incentives also provided by the states, it all adds up to make the package viable and attractive to filmmakers.

Amendments to the Cinematograph Act

Regarding the proposed changes to the Cinematograph Act, Chandra said: “All stakeholders present supported the proposed amendments for the introduction of anti-piracy provisions and age rating with the UA category. With the support of the film industry, we hope to table the amended bill during the winter session of parliament.

“I have been informed that over the past five to six years, the number of cinemas in India is in decline. While the number of theaters was 12,000 a few years ago, it has now fallen to 8,000. While China has increased the number of theaters from 10,000 to 60,000-70,000, this is the reason why some Indian films are doing well in China. This is a trend that we must reverse,” Chandra said.

Chandra said the ministry will assign the film facilitation office to work with Invest India and the national one-stop portal to get the clearance.

The speaker also touched on the changing viewing habits of Indians.

“There is a recent shift from linear TV to OTT and from movie theaters to OTT. In the past two years, content is being produced, and the pace of content production has relatively increased,” he added.

“In India, data is very cheap. In Dubai, the cost of 1GB of data is Rs 1000. We are blessed with consuming content daily because of this, which provides a huge opportunity for the M&E industry. With the launch of 5G, there is another direct-to-mobile streaming opportunity. Prasar Bharati in collaboration with IIT Kanpur has developed a proof of concept, where more than 200 channels can be watched and high quality movies can be watched on mobile phones, without consuming data, using mobile streaming . This will become a reality in the next two to three years,” Chandra said.

Chandra said that the Animation, Visual Effects, Games and Comics Promotion Task Force (AVGC) formed by the Ministry of I&B will submit its report within the next 15 days.

“AVGC is going to be the future of the country. The best Hollywood movies are now being made in Bengaluru and elsewhere. AVGC is the next revolution like the computer revolution 20 years ago,he concluded.