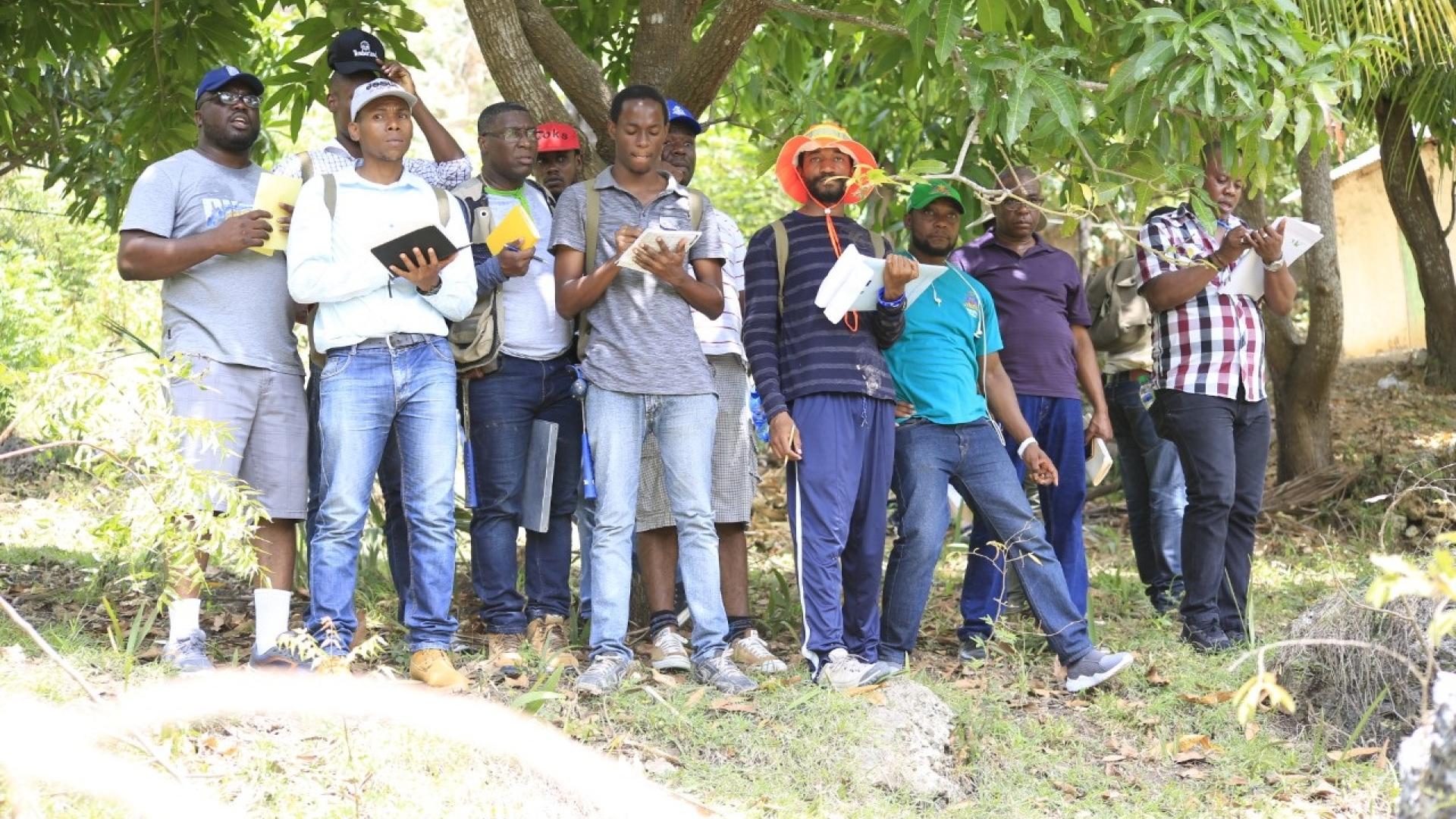 Haiti has a long history of natural hazards, including two earthquakes, as well as political instability and poverty. Over the years, Haiti’s government and civil society have committed to building their resilience and protecting themselves from these disasters. However, the lack of technical capacities made the country vulnerable to natural hazards.

During the earthquake of January 12, 2010, apart from the seismic monitoring station located at the LycÃ©e FranÃ§ais, in Port-au-Prince, a school that quickly became saturated, there was no other station at the time.

In 2020, with the support of the UNDP, the State University of Haiti installed 12 professional seismological sensors across the country, which enabled the country to quickly record, locate and analyze seismic activity. , including earthquakes and aftershocks.

Advances in seismic stations have proven how useful citizen action is in preventing disasters in the future. Sensors have even been placed free of charge in homes and homeowners are called “Earthquake citizens”. Thanks to this initiative, the earthquake that occurred on August 14, 2021 was recorded at the Saint-Louis du Sud station, and the country was able to count the hundreds of aftershocks that followed. In the past, low magnitude tremors were unnoticed by regional stations. All these technical advances, in addition to the contributions made by civil society, make it possible to reduce seismic risks through knowledge and understanding of faults.

In addition, the analysis of aftershocks that the seismic stations have detected has enabled the country to understand the tectonic context that makes Haiti vulnerable to regular earthquakes. The country is located on the border of two tectonic plates: North America and the Caribbean. This border is materialized by two large fault systems: the Enriquillo-Plantain Garden, which crosses the entire South of the nation, and the North and North-Hispaniola in the North of the island.

Empowering young people has become a strategic issue. For example, holding conferences on seismology or presenting multi-hazard emergency plans for students at local universities could save human lives from unfortunate events such as earthquakes. It is also a way of supporting young Haitian talents to take charge of scientific action and to play a more important role in the post-earthquake recovery of the country.

A training campaign launched by the State University of Haiti has enabled dozens of Haitian students to pursue their doctoral studies abroad, making the nation less dependent on foreign researchers.

Despite the many challenges facing national and local universities, UNDP has been successful in supporting innovative initiatives that have proven essential in Haiti’s efforts to better understand seismology, such as those led by the URGÃ©o Unit – a research unit of the Faculty of Sciences of Haiti State University, which brings together ten Haitian and foreign researchers and works in various fields of geophysics such as seismology, geodesy and climatology.

It was created following the 2010 earthquake to respond to the challenges of disaster risk and to strengthen national capacities and expertise. URGÃ©o currently offers the first master’s degree in geosciences taught in Haiti and benefits from the support of the UNDP through several projects such as S2RHAI and OSMOSE, which are forging new partnerships with foreign laboratories and universities.

In 2021, the UNDP supported the seismic micro-zoning in Port-au-Prince and in the North department, the development of multi-risk mapping, the implementation of the North earthquake plan and multi-risk municipal contingency plans in the departments from the South, North-West and Grand’Anse. We also provided support to the Directorate of Civil Protection during the post-earthquake crisis, among other initiatives.

Additionally, in response to the August 2021 earthquake and to address the critical need for rapid data collection in earthquake response, UNDP worked with URGÃ©o to install 12 additional seismic stations. However, sustained efforts will be needed to increase Haiti’s resilience.

Looking forward, it is important to learn from experience, anticipate disasters and actively reduce disaster risk instead of reacting to the effects of earthquakes. By supporting early and long-term recovery efforts, UNDP is helping Haiti build capacity and become earthquake resilient.

The OIA Continues to Support Statistical Analysis and Collection of GDP Data for U.S. Territories

4 visual dashboards for your legal projects | AXDRAFT (an Onit company)