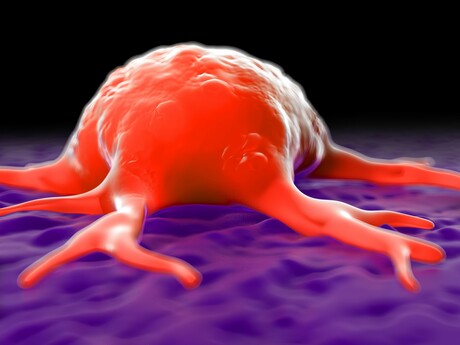 Australian researchers have revealed that specialized immune cells called macrophages are fragmented during the extraction process to generate single-celled suspensions from bone marrow and other hematopoietic tissues.

Published in the journal Cell reports, their discovery indicates that data collected using this scientific method is often skewed, which will require re-evaluating a large amount of previously published scientific literature to determine whether the reported observations are accurate or misinterpreted. It is also expected to change the way researchers approach the analysis of these tissues in the future.

Led by Mater Research, the scientists looked at a specific subtype of macrophages, called tissue-resident macrophages, which are found in every tissue in the body and adapt to where they are found to support development, function, health and protection against infection of tissues. and regeneration after injury. Previous research using unicellular preparations from hematopoietic tissue has often had an unexplained and often overlooked underrepresentation of tissue-resident macrophages in the generated datasets, even though these cells represent up to 15% of the tissue.

Principal investigator Professor Allison Pettit, Mater Research Director of Biomedical Research, said her team’s examination of macrophages residing in bone marrow, spleen and lymph node tissue found that all macrophages were breaking down during the extraction process for the single-cell preparation.

â€œIt was a big shock because it has important implications for the type of research we do, and it will likely cause controversy in the field, but the first priority of academic research is data integrity, because it is part integral to reliability. to translate knowledge acquired into real impacts, â€said Professor Pettit.

“The most surprising aspect of our finding is that during fragmentation, macrophages leave remnants of themselves on other cells within the preparation, creating a ‘Trojan horse’ effect,” said the Professor Pettit.

â€œThis means that the fragmentation of macrophages during this procedure creates great complexity and confusing information in the analysis of the data.

â€œWe revealed that despite the use of advanced technical approaches, cells that were thought to be macrophages are actually other cells with leftover macrophages stuck on. Therefore, much of what we think we know about these cells from decades of research will include many inaccuracies. “

Professor Pettit said that many studies focusing on other cell types in these tissues have also unknowingly co-detected macrophage molecules, potentially creating misleading information about the cell types.

“Precise knowledge of the cellular and molecular biology of these tissues is essential for understanding blood cell production and renewal and immune function, as well as for informing the discovery of causes and cures for leukemia and other diseases. She said.

Study lead author Dr Susan Millard said the team discovered macrophage fragmentation and the problems it caused when they used imaging flow cytometry as part of their assessment of control. quality of tissue cell suspension analysis.

â€œWe have been working with these tissues for decades and we still combine both intact whole tissue analysis with tissue cell suspension analysis,â€ said Dr. Millard. â€œHowever, these separate analyzes often provided different results and we didn’t know why.

â€œWhen the Translational Research Institute, where Mater Research is partly based, gained the ability to perform imaging flow cytometry to visualize complex multidimensional molecular analysis, we were able to see our data in a whole new light. which revealed the problem of macrophage fragmentation.

“We know that the macrophages residing in these tissues play an incredibly important role in many aspects of the production of red and white blood cells, the education of immune effector cells to fight disease, the regeneration of these tissues after a injury and adaptation of these tissues in response to stress. We’ve had a poor track record in harnessing these functions to improve human health and fight disease – and that was likely due to the flawed analytical methods we discovered.

“Our study exposes an opportunity for a renewed frontier of discovery reinforced by precision knowledge.”