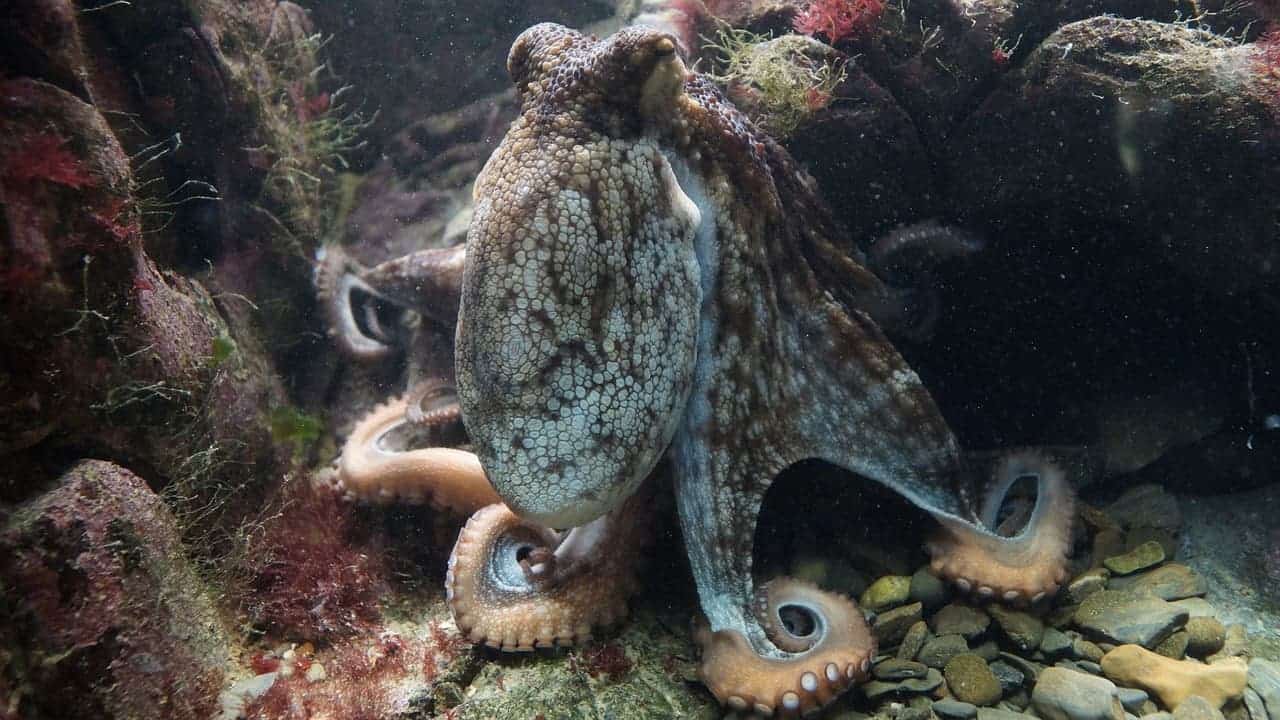 The researchers painstakingly mapped the octopus’ optic lobe cell by cell to understand how these animals see – and the data shows remarkable similarities, as well as important differences.

Octopuses… really don’t look much like humans. But the optic lobes in their brains look a bit like ours, according to new research. Such findings show how similar very different animals or parts of their bodies can become through the seemingly coincident process of convergent evolution.

To give some perspective on the similarities described by the team, humans and octopuses come from lineages that diverged more than 500 million years ago. That being said, our sight and that of octopuses have evolved to solve the same problem in incredibly similar ways, despite our different environments, general body structure, and lifestyle.

Big brains in the big ocean

Soft-bodied cephalopods such as squid, octopus, and cuttlefish have the largest brains of any invertebrate. About two-thirds of its volume is reserved for the treatment of vision. This gives them excellent eyesight even in low light conditions. Octopuses even use their skin to feed data to their optic lobes. This tissue contains the same pigmented cells as the retinas. They perceive the animal’s environment and help it blend in better with its active camouflage.

This paper is the first to map the octopus’ visual system in detail. This was an analysis of over 26,000 cells. Data for the study was collected during the dissection of two juvenile two-spotted California octopuses (bimaculoid octopus). Although the brains of these animals are healthy and fully functional, they also appear to have developed further. Almost a third of the neurons in the octopus’ visual lobes appeared immature, the team said.

Yet the team identified four main populations of cells in these brains, each producing and releasing a chemical signal: these included dopamine, acetylcholine, glutamine, or a mixture of dopamine and glutamine. These compounds also play a role in the vertebrate brain. However, a smaller population of cells that formed clusters in cephalopod brains also secreted unique chemicals.

For example, a group of cells forming a ring around the optic lobe was found to produce octopamine, which is similar in structure to the hormone norepinephrine in our bodies. The exact function of octopamine is still unknown. That being said, it has been noted to be active in the brains of fruit flies as they fly, and in the bodies of other invertebrates, it plays a key role in preparing their bodies and system nervous during periods of activity.

Beyond this, the team identified several genetic transcription factors and signaling compounds that have so far only been observed in octopuses. The team believe these elements have a role to play in cephalopod brain development; However, more research will be needed before we can say for sure what function they serve.

“The atlas we present here provides a roadmap for such studies, and more generally a way forward to break the functional, developmental, and evolutionary logic of the cephalopod visual system,” the authors write.

The article “Cell types and molecular architecture of the visual system of Octopus bimaculoides” was published in the journal Current biology.