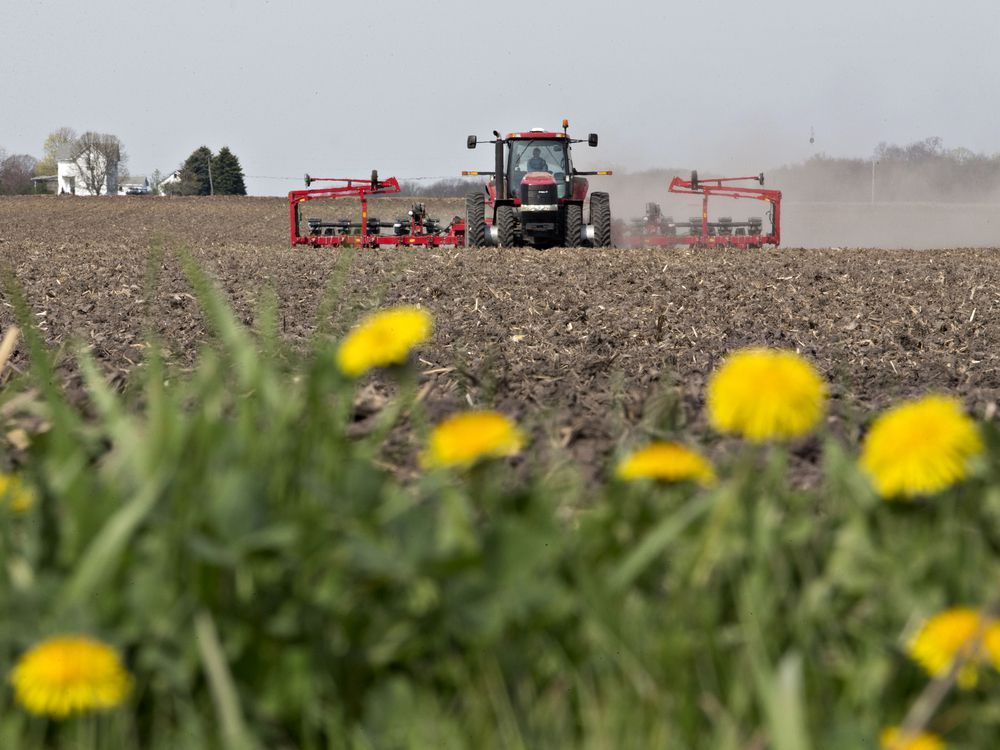 As farmers fume about federal fertilizer emissions targets, an Alberta expert says they could be solved with better data collection.

Joy Agnew, associate vice president of applied research at Olds College, said farmers might not have to reduce their fertilizer use to meet federal climate goals, which call for a 30% reduction. fertilizer emissions by 2030. According to her, current data collection models do not properly account for current practices and future developments in carbon absorption.

“We’re going to adjust and update that factor and we could actually achieve that 30% emissions reduction just depending on how the emissions are calculated, potentially,” Agnew said. ” It’s my opinion. It’s kind of my math at the bottom of the envelope, but it’s possible it could play out that way.

She said that’s not a guarantee and adoption of practices is likely still needed. She noted that there has been considerable research into these practices over the past 30 years and that they are already widely used on the Prairies and that progress will continue to be made.

The climate plan only gives agricultural soils credit for offsetting four megatonnes, or six percent of agricultural emissions, and producers have been claiming for years that the total should be much higher.

Alberta Beef Producers President Melanie Wowk noted in July that they receive no credit for carbon capture and storage through pasture and grassland management. It is believed that this practice could be a major tool for the sequestration and storage of greenhouse gases and studies are currently underway to map and quantify it.

Stephen Vandervalk, Alberta vice-president of the Western Canadian Wheat Growers Association, doesn’t know what else to do to reduce fertilizer emissions on his Fort Macleod farm.

He has poured millions of dollars into maximizing the efficiency of fertilizers and other inputs while using the best sustainable farm management practices.

He said most prairie farmers are already doing these things.

As it stands, meeting the federal government’s target would mean cutting its fertilizer input by 30%, which would have exponential negative effects on its crops. He increased the impact of fertilizers on crops sevenfold, “without this fertilizer, you don’t grow crops.”

The wheat growers’ association sounded the alarm over Ottawa’s climate plan targets at the end of July, citing an analysis by Meyers Norris Penny that showed a loss of $9.14 billion for Prairie producers, including $2.95 billion in Alberta, if producers reduced their fertilizer use like they have in some European countries.

Tom Steve, general manager of the Alberta Wheat and Barley Board, said Ottawa hasn’t committed enough to the initiative.

It took provincial ministers of agriculture raising the issue following meetings with the federal government to raise public awareness of the issue, and the wheat growers’ association jumped on it.

While Ottawa has since announced it will extend consultations until the end of August, Steve said he was unable to get a clear response from the federal government.

“I don’t think the government knows what it wants, it’s really a comedy of errors,” he said. “They were never able to provide the data to back up their claim that we need to move in this direction because western Canadian farmers have managed their inputs and reduced their carbon footprint, reducing gas emissions to greenhouse effect through tools such as minimum tillage for the past 30 years and have never been properly credited for it.

Marie-Claude Bibeau, Minister of Agriculture and Agri-Food, said there was a lot of misinformation circulating about the agricultural objectives of the climate plan.

The plan says agriculture was responsible for 73 megatonnes of greenhouse gases in 2019, which is about 10% of Canada’s total emissions. It further indicates that Alberta (21%) and Saskatchewan (18.4%) account for nearly 40% of Canada’s agricultural emissions. Manitoba added an additional 7.6%. The Prairie provinces also account for the vast majority of agricultural activity in Canada, a role that has become more important with growing global food shortages.

Agnew said it’s important to note that the 30% discount doesn’t apply equally across all areas. While Alberta and Saskatchewan account for a higher share of emissions, producers in other provinces have higher emission intensity, such as Ontario or Quebec.

Bibeau said the target is just a goal and there are currently no plans to enforce it through taxation or other mechanisms.

“Of course, the goal is ambitious, but there is nothing mandatory,” she said. “The idea is really to bring together as many people as possible to research better practices, better technologies, and I’m pretty sure there are things that we don’t already know that we will find out in the months and years to come. This will help us achieve the goals.

She highlighted the 4Rs program and said that the data she has indicates that it represents only 25% of the agricultural area.

In support of this goal, the member for Compton-Stanstead — a rural municipality outside of Sherbrooke, Quebec. — said that the federal government is investing $1.4 billion in various projects, equipment and research. This includes commitments to the expansion of smart farms and living labs, which will help accelerate the translation of science into practical applications.

Sign up to receive daily news from the Calgary Herald, a division of Postmedia Network Inc.

Thank you for your registration!

A welcome email is on the way. If you don’t see it, please check your spam folder.

The next issue of Calgary Herald Headline News will soon be in your inbox.

We encountered a problem during your registration. Try Again

Take out payday loans during inflation

Strengthening the collection, reporting, analysis and use of data on violence against…