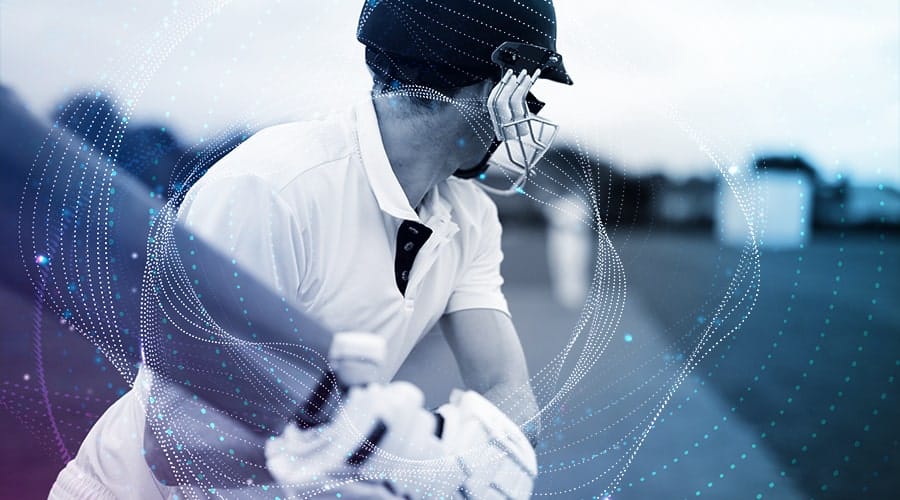 The role of AI, IOT and data analytics in cricket

We live in a technological age where we are completely surrounded by it. Cricket, as a popular sport around the world, has not been able to remain immune to technological advances for long. The use of technology in cricket has steadily increased over time. The third referees, Hawkeye and the decision review system, along with the powerful sticks and helmet cameras, have all been deployed in recent years.

From the comfort of our own homes, we can now watch cricket being played in any part of the world. Our enthusiasm has never faltered since technology made it so authentic on screen.

Use of AI and IoT in cricket

Two of the most popular technologies of the decade are AI and IoT.

These two technologies have been used in virtually all industries. AI in healthcare, AI in TikTok, IoT in disaster risk management and many other applications can be found.

Cricket, the most popular sport, combines AI and IoT to enhance the viewing and playing experience for spectators and players. We will look at some of the ways they have been used in cricket.

Speculur, a sports technology company based in Bengaluru, has partnered with Intel to create the SpeculurBatsense detector. The bat sensor, which uses Intel Curie technology, can be attached to the top of the bat handle.

Each stroke made by a batter would create data for the sensor. It contains built-in storage to store session data and wireless connectivity for real-time data transmission.

Anil Kumble, the guy who bowled with a fractured jaw, was fascinated by the idea of ​​combining technology with cricket. Computer enthusiast with an engineering degree, he tried to integrate technology into cricket in order to improve the excellence of the game.

The concept behind powerful bats is to use IoT sensors to gather vital information about a batsman. To help professionals improve their skills, Spektacom uses a small sticker sensor on a cricket bat to capture data on the quality, speed, twist and stroke of the bat.

Power Bats use an ingenious sticker sensor that assesses the quality of a shot.

In 2018, ESPNCricinfo, a cricket website, launched SuperStats to predict the events of the game.

SuperStats is described on the website as a “programming environment for number-based storytelling in cricket”. To determine an event in a game, the series uses three elements: Smart Stats, Luck Index, and Forecaster.

In recent years, data analysis has proven to be a very useful tool. In cricket matches, it has also become an element of strategic training.

Cricket is a global sport which requires a high degree of participation. A cricket tournament like the World Cup attracts players from all over the world.

ICC analyzed score statistics, player evaluation, player stats and more with the SAP HANA cloud platform and SAP Lumira technology. This data is refreshed every 20 seconds. Let’s take a look at other ways that data analytics is used in cricket.

Criclytics is the combination of big data analytics and cricket. Teams use it to make precise decisions in a game that is widely viewed as unpredictable.

Criclytics is used to track player skills, calorie consumption, training levels, fan contact and more to improve their performance on the pitch.

Broadcasters, spectators and players use information from Criclytics to gain adequate contextual information about the team’s progress and make the best decisions possible.

CricScience is the result of the combination of cricket and data science. Data science is useful not only for projecting the team most likely to win a tournament, but also for extracting valuable information for other applications.

Data science can have a huge effect on cricket, from players and coaches to announcers. It can be used by teams to make key decisions during a game, such as forming a strategy to catch a batsman, deciding which bowler should throw a super-over, deciding which field placement to use against a specific batsman , etc.

Insights from ESPNcricinfo is a combination of cricket and big data analytics. The technology uses two decades of statistical analysis of historical cricket data and data points to create a collection of items for spectators to integrate into this multi-screen era.

For spectators and players alike, technology has changed the whole experience of cricket. Some see the increasing use of technology as a threat because it can degrade the value of the game. Cricket, on the other hand, is a popular sport that cannot be avoided. Sport must work in tandem with technology.