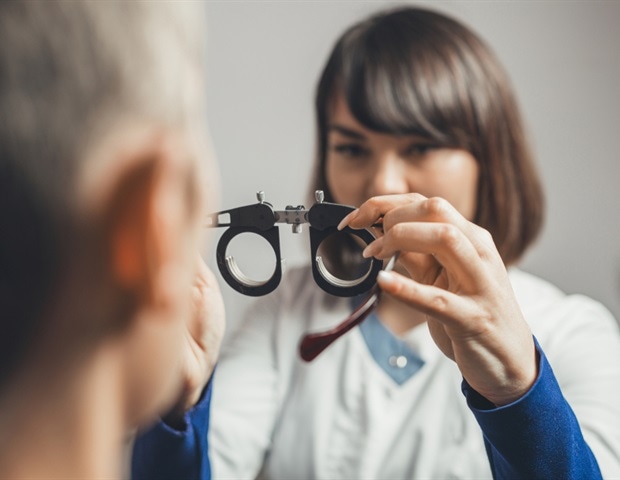 Even mild head injuries can have serious consequences for brain function at its most basic level. Research published in Communications Biology shows that neuroplasticity, too, has its limits.

Lesions of the posterior occipital cortex are common in humans. A traumatic brain injury (TBI) can lead to long-term visual impairment (such as loss of visual acuity). For example, estimates suggest that up to 75% of current or former soldiers live with permanent visual dysfunction or cortical blindness. TBI is associated with mechanical brain damage and a wide range of neuronal abnormalities.

The human brain is characterized by a surprising plasticity. Even when one part is injured, the functions of the damaged neurons can be taken over by other cells. Indeed, neural tissue has a remarkable ability to form new connections to reorganize, adapt, modify and self-repair the whole organ.

This neuroplasticity is also characteristic of the sensory areas of the visual cortex. This region of the brain is the last component of the visual pathway, responsible for receiving and processing visual impressions. The primary visual cortex (V1) is reached by optic radiation nerve fibers, which carry nerve impulses from the retinas of both eyes.

Until now, scientists knew little about the effects of TBI on the long-term functioning of the visual circuitry. A team of researchers led by John C. Frankowski from the Department of Anatomy and Neurobiology at the University of California, Irvine and Dr. Andrzej Foik from the International Center for Translational Eye Research (ICTER) at the Institute of Physical Chemistry of the Polish Academy of Sciences, examined live (in adult mice) how neurons respond to visual stimuli two weeks and three months after mild injury to the primary visual cortex (V1).

V1 neurons normally show sensitivity to different characteristics of a visual stimulus, such as color or direction of movement. The preprocessed data is transmitted to the following areas of the visual cortex. This study showed that although the primary visual cortex remained largely intact after brain injury, there was a 35% reduction in the number of neurons. This loss largely affected inhibitory neurons rather than excitatory neurons, which, as their names imply, inhibit or stimulate action in target cells, respectively.

After TBI, less than half of isolated neurons were responsive to visual stimuli (32% at two weeks post-injury; 49% at three months post-event), compared with 90% of V1 cells in the control group. There was up to three times less neuronal activity after the brain injury, and the cells themselves had poorer spatial orientation. The overall results mean that even minor superficial brain damage leads to long-term impairment in how visual stimuli are perceived, persisting for months after the event.

A deeper understanding of functional impairments in damaged visual cortex is important because it can provide a basis for developing circuit-level therapies for visual cortex damage.

Institute of Physical Chemistry of the Polish Academy of Sciences

Cities of the world and the lack of climate data collection